Alternative Poultry Production Systems; Are they what they are cracked up to be? 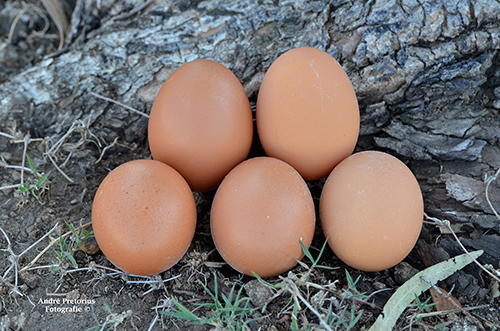 Consumers are increasing demanding that the production methods used in animal agriculture take the welfare and “wellness” of the animals used into consideration. In addition, they expect, and quite rightly so, that high levels of food safety are maintained, and that product quality be excellent in terms of uniformity and appearance. When it comes to poultry production, there is a perception that if birds are kept under free range conditions they are both healthier and happier, and that they produce better quality products that taste better. The question is, is this necessarily true?

Perhaps any discussion of bird housing systems should start with some discussion on what the chickens themselves want and how different production systems would impact on their welfare. In the first instance, a chicken is a social animal. A recent study at Oxford University has shown that chickens are attracted to each other as opposed to being avers to each other. They are more likely to group together rather than to spread out randomly. In fact it was shown that even at high stocking densities there was no evidence that the birds tried to avoid each other.

Researchers at the University of Maryland report that when birds are maintained in small groups (20 -100) birds, a pecking order is established. Dominant birds have priority access to feed and water while subordinate birds will wait for access. This social system leads to a reduction in aggressive interactions. When chickens are kept in large groups they are able to change their social behavior. They show very little aggression if food and water are available at all times and that negative effects modern poultry systems has little to do with “social tension”.

Bird behavior under free range management systems is of interest. It has been found that birds kept in small groups are more likely to spend time outside than bird in large groups (32% of the birds in a 500- bird flock versus around 5% in a flock of over 16000). Birds are most likely to go outside if the temperature is between 10 and 20°C, and about half the birds remained within 8 meters of the house when they do go outside.

Under normal commercial production systems, broilers are kept in environmentally controlled “barns”, at fairly high stocking densities. In order for broilers to be considered to be “free range” birds, they are required to have access to the outside world. In the case of poultry meat there has been a drive to reduce consumers‟ exposure to anti- biotic resistant organisms. It is believed that the anti-biotics included in animal feed are partially responsible for the rise in anti-biotic resistant pathogens and to this end, many anti-biotics have been outlawed in Europe, although the US have not followed suit yet.

Laying hens on the other hand are largely farmed in caged systems (battery hens) and free- range layer production entails removing the birds from caged systems as well as giving them access to the outdoors. The use of anti-biotics is not normally an issue in the case of laying hens as under normal circumstances they are not used.

Whilst free-range production is intrinsically more acceptable to some people there are some valid reasons why this may be a better system of poultry production. The European Union’s (1996) committee of scientific and veterinary experts published a report acknowledging the behavioural needs of hens and the welfare problems caused by caging. After reviewing the evidence, the Scientific Veterinary Committee report found that:

Most significantly perhaps is that free-range birds are more likely to die. In a recent survey in Holland it was found that mortality was 30% higher in free-range flocks than in birds housed in cages. Farm records showed that free-range flocks were far more likely treated with antibiotics and preparations used to control internal parasites (Ascarida and Emeria). This is at odds with the general belief that the birds are less stressed and at this stage it cannot be fully explained.

From a human health perspective, any future Avian Influenza (AI) epidemic is likely to worsen by the mere fact that birds are kept outdoors. Chickens housed outdoors are more likely to come into contact with migrant wild birds. This enhances the probability of introducing the highly pathogenic disease (dangerous to humans) into a country and in all likelihood would speed up transmission across that country. To prevent this from occurring many European free-range farmers have been told to keep their birds inside.

Food safety is also an issue. Between 3 and 5% of all eggs laid are floor eggs. In other words they are not laid in nest boxes. Not only does it take a lot of time to collect these eggs, but they are almost certainly contaminated with faecal bacteria and should not be sold as „table‟ eggs. Indeed, it has been shown that eggs from free range production systems are also more likely to be contaminated with bacteria such as Salmonella.

In Europe the EU have set an upper limit for dioxin in foodstuffs (equivalent to 3 pg dioxin/g of egg fat). Several surveys have shown that dioxin levels in the eggs of free-range hens approach or even exceed this upper limit, whereas this is not the case with caged birds.

In December 2002, a report published jointly by the Sierra Club and the Institute for Agriculture and Trade Policy claimed that consumers could reduce their exposure to anti-biotic resistant micro-organisms by purchasing poultry products that were raised without antibiotics. This claim was made without collecting any samples. In some recently conducted research, it was found that raising chickens without anti- biotics, especially when the birds are kept outdoors, can result in higher levels of Campylobacter and Salmonella contamination of the meat than in conventionally raised chickens. In addition, the removal of antibiotics from chicken feed was not shown to reduce the incidence of anti-biotic resistance, with high levels of multiple anti-biotic resistances being noted.

It is of interest that food cost, which is a major concern in most African countries, is hardly ever mentioned by European activists. Perhaps it is assumed that everyone can afford adequate levels of protein in their diets, regardless of the cost.

In the case of egg production, not only are the capital costs (per bird) higher than cage systems but the birds also consume 10 to 15% more food. In addition, alternative systems require a higher labour input. By my own calculation, it costs 35 to 40% more to produce a kilogram of chicken meat in a free-range, drug free production system. This is because more space is required per bird, feed efficiency is lower and mortality rates are higher.

Many Europeans see fears of disease outbreaks, both in man and in the free-range flocks themselves, and food safety issue as poor excuses for denying hens to access to outdoor runs. These “solicitors of public morality” believe that it is not a question of whether poultry should be allowed access to outside runs, but rather how this should occur. The truth is though, that free range systems may not always be the best thing for bird or human health, especially if one uses mortality rates as an indicator of bird wellbeing.

In reality, modern intensive poultry production systems allow for the production of relatively cheap, safe protein products. The profitability of such farming systems depend on the flock being healthy and achieving their genetic potential for growth and egg production. In order to achieve this goal producers provide comfortable environments for their birds, ensure that their health status good and feed them the appropriate diet.

When it is considered that consolidation, streamlining and economies of scale are the terms most often used to describe almost all aspects of modern business, it is hard to rationalise just how poultry producers can be expected to turn the clock back. Small, labour intensive poultry production units are unlikely to survive in the modern world – unless they are heavily subsidised in some way.

At a recent conference in Austria, Dr Roger Busch, an expert in ethics, pointed out that welfare lobbies tend to focus on the welfare of the individual animal whereas in commercial poultry production the focus is on the welfare of the flock as a whole. Unless both parties understand the concerns of the other the debate surrounding poultry production systems is unlikely to abate soon.