Why We Don’t Use Hormones in Poultry Feeds! 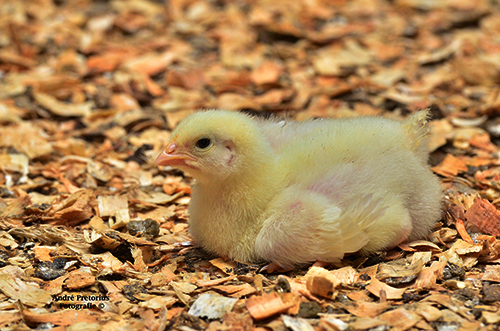 I am in a fairly unique situation. I deal with feed, farmers and agriculture in my professional life but I live amongst affluent consumers. When I meet people at a braai or school function it does not take long for the subject of food safety to come up. The major issue is “what about the hormones that are included in chicken feed?” As those of us in the industry know – there are no hormones included in the diets of chickens. I thought that it would be a good idea to use this forum to discuss the reasons why we cant and don‟t use hormones in poultry diets, and how we as an industry can go about combating this negative perception.

According to Anderson and Gernat of the North Carolina State University, the perception that hormones are routinely included in poultry diets has been fueled by inaccurate statements made by The World Health Organization who apparently issued a plea to stop giving growth hormones to chickens grown for human consumption. Supposedly the American Medical Association, the American Public Health Association, and other medical groups are in agreement. As a result of this consumers ask “Why” rather than “If”.

Advertisers who use the “hormone free chicken” catch phrase also add to the problem. While not strictly incorrect, it implies that all other chicken on the shelf contain hormones. Consumers become distrustful of those companies who do not state the obvious on the bag. I have seen a report that says it is now illegal to make this claim in the USA. Perhaps the answer to the problem is to label all poultry products sold as being hormone free.

The truth is though; there is no logical reason for any producer to add a hormone to poultry feed. The amazing improvements that have been brought about through normal genetic selection (not the use of GMO‟s) and improvements in and the general management of our birds obviate the need for this form of enhancement. In a recent trial, Ross 308 birds were compared to a flock of birds that have been randomly selected so as to show no genetic improvement since 1957. In addition, feeds typical of the two periods were used. The results are shown in table 1. Note that weight of a modern bird on modern feed is nearly 5 times greater than the 1957 regime at 42 days. Also, the modern birds used less than half the feed to achieve the same weight. Note that modern birds carry nearly twice as much breast meat on a percentage basis as their predecessors. It was estimated that 80% of the measured improvement was as a result of genetic improvement and feed made a 20% contribution.

There have been ongoing improvements in egg production as well. Table 2, makes use of data published by the Hy-Line breeding company to illustrate the improvement experienced over the last decade. These changes are not as dramatic as the changes seen in the broiler industry for two reasons. Firstly, the hen is physiologically not capable of laying more than an egg a day, and secondly, because the birds take longer to mature the same selection pressure cannot be brought to bear.

Table 2: Changes in the Hy-Line Brown during the last decade

In reality, broiler producers are probably only making use of some 70 – 80% of the bird‟s ability to grow and convert feed (the true genetic potential). This figure is rather higher in commercial layers and is probably closer to 90%. Issues such as management, stocking density in particular, nutrient density of the feed and the general health status of our flocks all need to be addressed if we are to have any real chance of meeting the potential of our modern hybrids. Added to this is the fact that many producers are “applying the breaks” through the use of lighting programs and feed restriction in order to slow down growth and thus reduce the incidence of death through metabolic disease. In most countries there are extremely strict controls concerning the use of hormones and hormone-like substances in animal feeds. To my knowledge there are no hormones registered for use in the poultry industry in South Africa.

Internationally, small quantities of chicken growth hormone are made for research purposes only, but there is no commercial scale production of this or any other hormone for use by the poultry industry. In the unlikely event that producers could source hormone, its use it would be illegal. It should also be remembered that all hormones are proteins, and if included in the diet they would be digested in the same manner as all other sources of protein. This would mean that each bird would need to be injected with hormone. This would possibly have to be on a daily basis, but even if it was only required on a weekly basis it would clearly not be possible to implement.

Our success in terms of the improvement that the poultry industry has brought about, brings with it its own set of problems. As an industry we like to brag about just how well we have done in becoming increasingly efficient. This may well have come about through genetic improvement, nutrition and management efficiency but sadly, our consumers don‟t always see it this way. They think that in order to get the kind of performance that we are so proud of, some for of magic „muti‟ is added to poultry diets. Surely this must be a hormone? How else would chickens get the huge muscling on their breasts if they were not on steroids?

In the first instance it is probably the responsibility of all those of us involved in the industry to speak out. The recent “Special Assignment” programs on organic food and food safety were a case in point. Apart from a single poultry producer, Allan Stewart, no one from the poultry industry at large was prepared to appear on the program (myself included). This is not good enough and we all know it. As an industry we are going to have to change our attitude and let our voices be heard. On as smaller scale, individual advertisers should avoid making any misleading statements about their product. I have seen birds sold as “Range” chickens, drug free birds and last but not least “Hormone Free Birds”. Admittedly, these claims are often made by the retailer and not the poultry producer, and more often than not they are made by small retailers and/or producers in niche markets. These statements are as misleading as the companies who advertise breakfast cereal as being 97% fat free.

Perhaps some form some form of joint initiative will need to be taken by producers to enhance the image of the poultry industry, through SAPA for example. SAPA may well need to educate the smaller producers, who often are not members of the national body, that they are doing the industry a lot of harm by using dubious advertising claims.

Lastly, individuals can make the difference. Be sure that when you are asked about the hormones in chicken feed you are prepared. Know what to say and remember that in order for a body builder to get “huge” he or she needs both plenty of exercise and steroid injections. Chickens get very little of the right kind of exercise and are unlikely to get a daily injection either! Our chickens are and are likely to remain hormone free for sound technical reasons. Let‟s make sure that our customers know this.