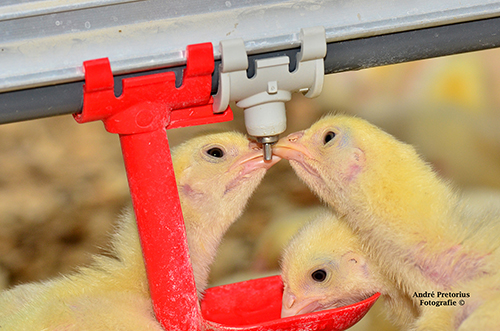 It is that time of the year where many small birds, mostly passerines, are found “abandoned” by their parents in streets and gardens all over the country. Out of their love for birds, people tend to bring these helpless but cute creatures home to feed and rear them, thus beginning a lifetime of uncertainty for the birds concerned. The TV and print advertising campaign flighted by the makers of an enriched breakfast cereal makes it all look so easy, but the reality is far different. There are a number of nutritional, health and behavioural issues that make rearing baby birds an uncertain option at best.

Before even deciding to hand rear a bird there are a few questions that need to be asked. Firstly, do you really need to remove the bird from the wild in the first place? Has the bird been abandoned or are the parents still around and feeding it? Any partially feathered youngster that is capable of perching is probably in the early stages of fledging, and the chances are, that the parents will care for it if you leave it alone. On the other hand, you can safely assume that a naked, immobile nestling found on the ground under a nest tree is abandoned. Secondly, if you find yourself with a bird that does need to be reared, your best option will always be to take it to one of the many animal rehabilitation centers around the country. The people who run these organisations have the skills, experience and dedication required, and will almost certainly do a better job than you will ever do.

If you do decide to rear a bird, be willing and able to provide dawn-to-dusk care for up to two weeks, followed by another two weeks or so of post-fledgling care. Unless you can do so, do the nestlings a favour and leave them alone. Even though they will almost certainly die, death will come far more rapidly and humanely to a young bird than to one that has been hand-reared to an older age before its foster parent loses interest. Consider as well that hand-reared birds have a low probability of surviving in the wild. Parents teach their offspring to feed and to avoid danger. No matter how much care you are willing to devote to them, you really can’t give them the tools and skills that they need to survive.

If you still want to rear your own baby bird, please read on –

The feeding baby birds obviously form the cornerstone of the rearing process. Whilst it is true that nutritionists have not researched the nutrient requirements for many species of birds, we do have a very good idea as to what the nutrient requirements of poultry and other farm animals are. When we go into the details of a duckling diet, the diets used for hand rearing baby parrots, or that of a piglet, what would strike most people immediately is just how similar the nutrient requirement of the different animals are. In fact, it could be said that the similarities between the diets for the different species are far greater than any differences that may occur.

The message is this: avian nutritionists may not know the specific requirements of every species of bird that is to be reared, but we do know enough of the basic guidelines to ensure that we will be able to do at least a reasonable job.

In broad terms, all birds require protein (and it’s building blocks the amino acids), energy (made up principally of carbohydrates and fats), vitamins and minerals if they are to have any chance to survive. We know what proportions of each of these nutrient groups should be at in a typical diet. It is this concept that gives rise to the term a “balanced” diet. What it less well appreciated, is that birds can synthesis many of the nutrients that they require in their diets from other nutrients. However, there are some nutrients that simply can’t be manufactured by the body. These would include the minerals, particularly calcium and phosphorus, some of the amino acids such as lysine, many of the vitamins and certain of the fats such as linoleic acid. Nutritionists deem these nutrients to be essential, in that it is essential to provide the bird with these nutrients in its diet. Clearly if something as important as calcium is left out of the feed, then the young bird has no chance of developing a normal skeleton. The same applies to other nutrients and other body components.

Breakfast cereals in essence contain some form of cereal grain. Some products are enriched by the addition of vegetable protein, mostly as some form of Soya bean meal. As can be seen from the table 1, breakfast cereal is a good energy source. Some of the enriched products also contain high levels of the essential fatty acids (linoleic acid). They also contain higher levels of sodium than is included in most animal feeds, and although not toxic at this level, it would in all probability lead to diarrhoea. In some instances the phosphorus levels are adequate, but the level of calcium is low enough to give rise to leg and skeletal problems such as rickets. Rickets is characterised by bowed legs, which are often so weak that they literally become rubbery and often by a soft beak.

Most breakfast cereals are supplemented with a few vitamins and minerals, mostly at levels that are inadequate for a baby bird. Interestingly, my own studies have shown that no breakfast cereals contain Vitamin K, which is essential for normal blood clotting function, nor do they contain any Choline, which has long been recognised as a nutrient that forms an essential part of avian diets.

Table 1: A comparison between a commercial hand rearing formulation and a typical breakfast cereal

It is possible to fortify breakfast cereals with minerals and vitamins, egg powder (for additional protein) or other ingredients. However, it is not a straightforward matter to “balance” a diet in this manner, and the chances of getting it right are slim. In practice, when we add supplements to avian diets, we tend to overdo it, and as many birds die every year from the over supplementation of Vitamin A, which is highly toxic, as from nutrient deficiencies.

Most of the health related problems that arise in baby birds that are being hand reared have to do with feed and feeding practices. The single biggest problem is probably crop stasis. The crop will become static for numerous reasons but ultimately the bird becomes dehydrated and the crop itself becomes septic. These are the most common causes of death in the hand-fed baby bird. The primary causes include infection, foreign bodies, diets that are too course, burns (most often caused by heating the food in a microwave oven), dehydration of food in the crop, and food or an environment that is too cold or too hot. The most common infectious cause of crop stasis is yeast or candidiasis but other causes include bacterial or fungal infection. Using dirty feeding equipment most often brings these about.

To avoid these problems it is imperative to ensure that the diet being used is adequate in terms of nutrients. There are a number of commercially available hand rearing diets which will fulfill this requirement. If you are not able to buy one of these products, your best bet would be to use poultry feed (Starter) milled fine.

All diets need to be mixed with water. If the ad-mix ratio is correct and the mixture is warmed to body temperature, the likelihood of a bird developing crop stasis is small. Disease is far more likely to be implicated. To prevent this sort of problem from occurring, the bowls and feeding equipment must be cleaned and sterilised after each feeding.

By now you should have a fair idea of what you should and should not do when hand feeding a bird. If you must rear a bird yourself, please be prepared to dedicate the time required to the task. Always use a specialist hand rearing diet for birds, which are mostly freely available at pet shops. These products may not be nutritionally perfect for a Masked Weaver or Karoo (Olive) Thrush, but they will almost certainly be a better option than a breakfast cereal or a homemade mixture of “goodies”.