Some thoughts on stocking Density in Broilers 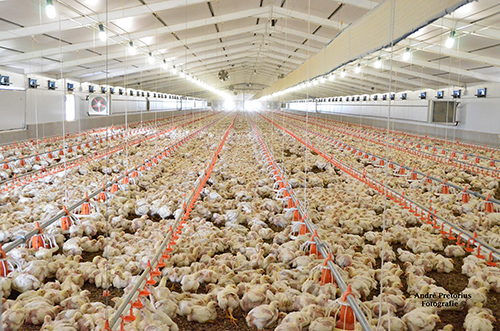 Increasing the stocking density of our broiler operations is a way in which producers can increase their return on investment. They do increase their risk levels as well, as the consequences of high stocking density may lead to increasing health problems and reduced livability. Despite this, it is likely that broiler producers will come under increasing pressure from consumers to reduce the stocking densities currently used. A large part of this concern centers on the question of whether or not increased stocking densities causes physiological stress in the birds. As an industry we need to be aware that this pressure is as likely to come from the retailers as the animal rights lobby. Although it would appear that from a physiological point of view increases in stocking density do not necessarily lead to stress, there are still a number of steps that can and should be taken to improve bird welfare at high stocking densities and we need to make those concerned with animal welfare aware of these.

In order to maximize their profits, broiler producers need to achieve certain targets or goals. In the perfect world, the primary target that they would strive to achieve would be to achieve the true genetic potential of the bird in terms of its growth, feed conversion and livability. Biologically, a bird that meets its potential will be the most efficient. To achieve this goal, producers need to ensure that the birds are healthy, that the environment is optimal and that the feed contains the correct levels of nutrients and energy.

Unfortunately, the second major goal of the producer that of maximizing returns per unit of floor space is often at odds with this primary ideal. This is simply because in order maximize our returns; we need to increase stocking densities. Canadian workers were able to show how increasing the stocking density in a broiler house will result in lower production costs and hence higher profitability per kilogram of chicken produced (figure 1).

There are a number of factors that impinge on our success at higher stocking densities:

The welfare of the birds as measured by ammonia production, foot pad lesions,litter moisture, locomotion problems, preening (cannibalism), breast blisters, skin tears, bruising and mortality, may be impacted upon.Figure 1: Sensitivity of total cost of production to stocking density of broilers, assuming no reduction in the performance of the birds (M.J. Zuidhof, 2001)Economic realities often result in welfare and health issues becoming a lesser concern than they perhaps ought to be. However, this is something that is likely to change with time. Dozier et al. (2005) report that stocking density has been regarded as a concern to food retailers and wholesalers, as a result, welfare specialists in the USA have suggested reducing stocking density from 43 to 30 kg of BW/m2. Jones et al., (2005) confirm that the European Union is currently considering legislation to limit the maximum stocking density of broiler chickens to 30 kg BW/m2. The optimum density for broilers is therefore a subject that will be debated among broiler companies, contract growers, and welfare auditors for some time to come.Traditionally we have measure stocking density in terms of the number of birds per square meter. Dozier et al., (2005) point out that the body mass (kg/m2) appears to affect bird performance more dramatically than the number of birds per se and that any evaluation of stocking density should be carried out on this basis. In a further and logical refinement of this method of appraisal, Nicolas Neyra of Hubbard Breeders (2006), presented data suggesting that the metabolic weight of the birds could be used to determine maximum stocking densities. Table 1 shows clearly that fewer large birds have the same metabolic load on a house as many small birds – despite the fact that the kilogram yield is higher in the case of the larger birds. 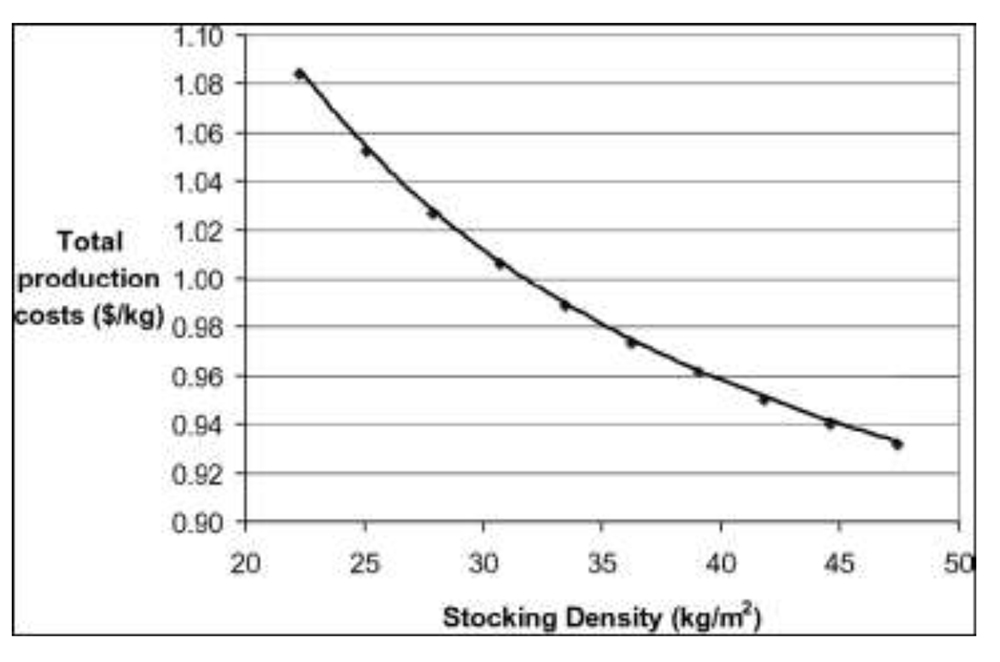 Figure 1: A comparison between the yield per square meter of broiler house when calculated on both a metabolic body weight bases and simple weight basis.

Under commercial conditions, stocking density may have less effect on welfare than its consequences – these being the deterioration of the environment that may be experienced. This distinction is of critical importance for the welfare of the birds themselves and for the economic future of the industry. If the problems of high stocking density can be mitigated by buildings with good indoor environmental conditions, any recommendations for limiting stocking density should take this into account (European Commission, 2000).

Both Feddes et al., (2002) and Dozier et al. (2005) examined the effects of various stocking densities, and reported their results in terms of kilograms of body weight/m2 of floor space. In the experiment published by Feddes, the highest CV was achieved from birds at the lowest stocking density. It was hypothesized that all birds were able to achieve their genetic potential, thus a higher CV was measured. It was also reported that the effect of stocking density on carcass traits was negligible, which is probably to be expected with a pen trial.

Table 2: The effect of stocking density on production per unit of floor area, body weight and coefficient of variation (Feddes et al, 2002)

Dozier et al. (2005) examined the effects of various stocking densities corresponding to 30, 35, 40 and 45 kg of body weight/m2 of floor space (based on a projected final weight of 3.29 kg). From table 3 it can be seen that two measures of the welfare of the birds increased.

From a commercial perspective, the question that will be asked is what can we do about the negative effects of high stocking densities?

Of interest is some work published by Estevez, (1999), regarding the behavior of birds at different densities. When birds are maintained in groups (20 -100) birds, a pecking order is established. Dominant birds have priority access to feed and water while subordinate birds will wait for access. This social system leads to a reduction in aggressive interactions. Should there be problems with management of the birds, males, which are generally more sensitive to environmental stressors, will probably show symptoms earlier. When chickens are kept in large groups they are able to change their social behavior. They show very little aggression if food and water are available at all times and the negative effects of performance at high stocking density has little to do with “social tension”.

This finding was supported to some extent by the work of Thaxton et al., (2006), who measured the accepted indicators of adaptation to a stressor, namely plasma concentrations of corticosterone, glucose, cholesterol and total nitrates, at increasing stocking densities ( 30, 35,40 and 45 kg of BW/m2). Somewhat surprisingly, linear trend analysis would indicate that stocking density did not cause physiological adaptive changes indicative of stress.

Jones et al., (2005) were able to conclude that control of the environment is the key factor in improving broiler welfare, particularly the ability, through good ventilation, to control temperature and humidity. They make the point that low RH during the first week of the chick’s life affects the health and welfare in later life.

Van Middelkoop (2004), speaking at the WPSA Scientific day in Pretoria presented data and slides showing two ways of overcoming the effects of heavy stocking. The first is by the simple inclusion of low perches in the house. The second and more revolutionary idea is by installing units to ventilate the floor (bird level) of broiler houses. From table 4 it can be seen just how effective ventilation at the level of the bird is on performance result.

In conclusion, good management of the environment that broilers are kept in is likely to reduce both the physical signs of high stocking density and indeed any signs of physiological stress. As an industry we will need to convince the welfare lobby of this. In addition, we need to ensure that our own house is in order, in as much that high stocking densities and excellent management will always need to go hand in hand.