The Role of the Professional Animal Scientist in Resolving Disputes 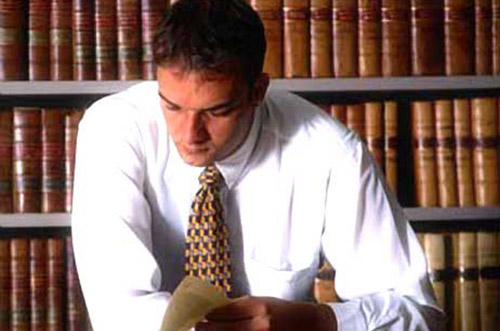 Both arbitration and mediation are forms of alternative dispute resolution Arbitration is recognised by law, and provides for the resolution of disputes outside the court system. It is a procedure for the settlement of disputes under which the parties agree to be bound by the decision of the arbitrator, whose decision is, in general, final and legally binding on both parties. It is vital that all parties involved in a dispute agree to go to arbitration. This agreement may be in the form of a contract term or may be reached once a dispute has arisen. Arbitration is conducted within the framework of the Arbitration Act. Arbitrators are usually layers, accountants or other professionals trained in the legality of arbitration.

In mediation the mediator does not sit in judgement. He tries to bring both parties together to reach a final decision. The decision as to settlement mostly rests with the company against whom the claim has been lodged and/or their insurers. It may or may not be a commercial one.

Arbitration has become less popular than mediation because it tends to cost a lot more and often takes longer. In essence I have only ever served as a mediator.

Most claims in animal agriculture are product liability claims. Rarely a claim may be instigated against a company or individual for “poor” advice. It is the role of the professional animal scientist to mediate in the dispute between the two parties. As independent professionals we can get involved in claims on both sides of the fence, representing producers or suppliers. Claims may involve a mixed feed, an ingredient, a vitamin premix or a medication/additive.

Our principal role as mediators is to try to get sanity to prevail. In most cases personal grudges and perceived wrong doings cause what should be a simple matter to spiral out of control. In order to mediate effectively, a mediator must have full access to all information on both sides. The insurance loss adjuster has to have this information, and the courts can subpoena this information if it ever gets this far. If this information is not forthcoming do not accept the assignment.

The first step in any claim is to determine ones legal liability. Is the supplier protected by a contract and to what extent does this contract protect him. Remember though that ultimately the client can rely on common law for protection and can action on this basis.

In order to initiate a claim one must first be able to prove that the product was defective in some way, or that the advice given was unsound. A perception that there was a problem does not count. Having proved that there was indeed a problem, it must then be shown with a reasonable degree of certainty that this problem the most likely cause of any loss which occurred. Apportioning blame should be done in as scientific a manner as possible. If the two points above have been satisfied then the producer must be able to prove the quantum of his loss. Good technical and financial records are required to do this.

Records needed could include weights, egg output, feed intake, FCR and mortality. From a financial perspective you are entitled to see invoice books, finical statements and most useful of all tax returns.

If the mediation/arbitration phase fails, then the next phase is that of an expert witness and this will be dealt with in more detail later in this talk.

Proving that feed is defective

There are two typical performance drops that may be experienced on farms. Sudden drops in production do occur. Alternatively, poor performance may persist over an extended period. In both cases the producer usually calls in a veterinarian and/or the feed company representative. If the veterinarian is reasonably sure that disease or environment are not the cause of the problem, then attention is focused on inputs used in the system, such as the feed, the chick supplier or any other input. The producer in turn usually submits the feed to either a local or international laboratory for a battery of expensive tests.

For its part the feed needs to do two things. Firstly, all relevant samples, both those kept in storage and those drawn on the farm need to be checked to see if any major deviations from specification have occurred. They will normally check with other clients using the same products to see if they have experienced similar problems. The second exercise that the company needs to carry out is to do a complete audit of the management practices on the farm. For example, general factors such as the state and cleanliness of the water and feed systems need to be checked and it is important to establish the veterinary history of the site. In the case of laying hens items such as the lighting program, the rodent and parasite status and egg collection methods need to be investigated, while in broilers an accurate assessment of litter conditions and ventilation management must be made. Unfortunately, much of this information is historic by the time a claim is investigated.

In the case of feed related claims, the analysis results need to be interpreted. This is probably the biggest single problem area. To draw any meaningful conclusion from a single analysis of a single sample is mostly not possible, although convincing a layman of this is often awkward. In the case of a toxic Sodium level in a broiler diet or a very low Calcium level in a layer diet it is reasonably easy to isolate the problem. An analysis of medication levels can sometimes be conclusive.

Where protein (amino acids) and energy are concerned it is not nearly so easy. The analytical tolerance allowed in Europe when using the Hartel method of determining metabolizable energy is 0.7 MJ/Kg. In terms of a broiler diet this means that a feed with a theoretical energy level of 13.2 MJ/kg could analyse as low as 12.5 MJ/kg or as high as 13.9 MJ/kg. Broilers fed a feed containing only 12.5 MJ/kg of energy would show severely retarded growth and most manufacturers would have difficulty in manufacturing a feed with 13.9 MJ/kg of energy unless they have machinery for fat incorporation. In short, a single energy analysis is not all that meaningful.

With regards amino acids the analytical variability is probably even greater than that of energy. European workers have recently shown that the coefficient of variation for Lysine analysis was 8.5%. The sulphur containing amino acids are difficult to analyse because of their poor stability when they undergo acid hydrolysis. This leads to lower than expected analytical results with higher coefficients of variation. Cystine levels are often about half of what one would expect. This is very difficult for any nutritionist to accept as it is simply not possible to produce a diet which is normal in all amino acids bar one, remembering that all feed ingredients contain certain amounts of each amino acid in fixed proportions.

The onus for proving a loss of earning rests on the producer. He must be able to substantiate his claim from both a financial and a performance point of view. If for example he believes that his profit margin per broiler sold is 80 cents he must be able to show that this is indeed his normal return. He will be obliged to furnish you with invoices, contracts, financial statements and even VAT returns if asked to do so.

From a production perspective it is pointless saying that the breeder company standard for a broiler at 42 days of age is 2.0 kg and using this as the basis for a claim, when the farm average at the same age is only 1.7 kg. The producer must be able to prove that the results obtained during the claim period were significantly lower than those results obtained both before and after the problem occurred. If complete and accurate records are not kept there are no grounds for making any claim for lack of performance.

In my experience what tends to happen in the case of a dispute is that the producer holds back payment of his feed account until his claim has been settled. I have been advised that this practice has no justification in the law. As a consequence of an outstanding feed account, the feed company usually sues the producer, who then counter sues for loss of earnings. Before you know it two legal teams, together with their team of expert witnesses are in business, usually for a protracted period. Avoid this situation at all costs.

I can’t help feeling that if a claim gets this far you have failed. It is true to say that we are often only called in at this stage.

There are a number of issues that bear mentioning about expert witnesses and court work:

Expert witness work is stressful. It is punctuated by long periods of boredom waiting for something to happen.

Claims are most certainly justified in certain instances. It is imperative that the supplier establish the cause of any production loss be it related to their product or otherwise. The producer on the other hand must be able to quantify any losses in an accurate and fair manner. In my experience companies will normally treat honest claims honestly and settle the matter forthwith.

If on the other hand the producer sees a claim as a way in which to redress a cash flow problem by holding back payment of outstanding accounts, I can only offer a word of caution. This only leads to a confrontational situation. Whilst it is true that companies do carry insurance in case claims are made against them, it must be remembered that you will fighting the insurance company in court and not the supplier. Insurance companies will often take a stand as a matter of principle.

Should a dispute arise, every attempt must be made to settle the matter in as amicable a manner as possible. Technical cases such as feed claims can drag on in court for weeks. Unless the amounts of involved are huge both parties will be poorer for the time spent in litigation.

It is often helpful if a “Claims Procedure” is drawn up by a company. This would specify how, when and where samples should be taken and which laboratory should carry out the required analysis. A check list of critical areas with regards any particular class of livestock should be drawn up. This should be completed by the producer in conjunction with the company’s technical staff. In many instances a problem can be pinpointed in this way without any claim ever being made.