To be or not to be – integrated 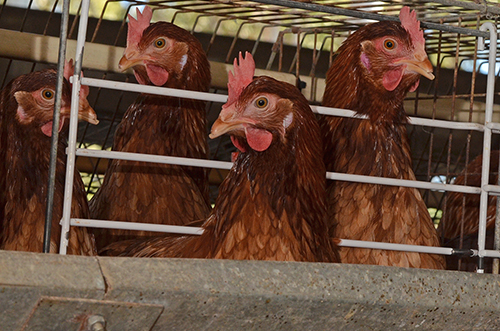 Writing editorial comment is a fairly daunting task for someone who normally writes quasi-scientific articles. In this forum I am allowed to express an opinion without having to backup any claims or ideas in any way at all. For this reason I thought that I would return to that old chestnut – the matter of integration in the poultry industry.

In the ideal, world vertical integration would extend from growing the crop, through mixing the feed, feeding the chickens and hopefully selling all of your output in the form of further processed value added products directly to the end user. In the real world this seldom happens, except for a few small producers who fill a niche market and sell Mama’s Home- made Chicken Pies. What we tend to think of as integration is an organisation that not only produces poultry and poultry products but also manufacture their own feed.

I have been in the industry a while now, and I always get the feeling that when the poultry industry is doing well for itself, the feed industry tends to be having a hard time of it. On the other hand, when the poultry industry is bleeding, the feed industry makes a reasonable return for it’s their investors. Recent reports in the financial press from some of our largest integrators would tend to back me up – the feed industry has done well of late but the poor poultry farmers are battling. It would be difficult to put ones finger on the cyclical nature of these two industries, but I would suspect that the position of “top dog” probably changes every 5 to 8 years.

Logic tells me that if you are in business for the long run, your risks would be greatly diminished if you were to be involved in both the feed and poultry industries. Yet we have seen a number of large companies in the food sector sell off the poultry, in particular their egg production operations. It is true that public companies are only as good as their last set of results, and that any division that does not create an adequate return on the shareholders investment ultimately must go. However, the poultry company often provides the feed producer with the “tied” business that it requires making reasonable profit. The poultry company on the other hand should enjoy lower feed costs. If the poultry operation is removed from an integration, I can’t help feeling that it is like selling off the wheels on the bus. Not only will the tied business disappear, but when the cycle turns (it always does) you may well find that you have sold off the most profitable part of the business.

Many companies will tell us that they are integrated; yet the manner in which they are managed is interesting. Smaller poultry producers who mix their own feed on farm tend to do this best. They have a clear understanding that the only way to make money is to maximise the return per kilogram of poultry product produced. They are thus able to balance the cost of the feed versus the quality of that feed (nutrient specification) with some degree of accuracy and the feed mill is treated very much as the slave of the farm. In many of the larger integrations, the feed company and the poultry operations report to different bosses and are responsible for their own bottom lines. This leads to an interesting division and even more political intrigue, with each division vying for line honours. We often find that the smaller company, usually the feed producer, call the shots, a real case of the tale wagging the dog. It is true that the minute feed is sold to a third party this issue is complicated but the demands of having to deal with customers and ideally integrators should avoid doing trade in feed. This is the model that the mighty Tyson’s amongst others follow.

I firmly believe that the best long term returns to be had in the poultry industry arise through some form of integration. Long terms returns require long term vision which is often lacking. The most successful integrators are those who keep things simple. Complicated management structures often lead to systems that fall short of their potential.